History of the País grape

País is a red wine grape grown in Chile, sometimes known as Negra Peruana. Ampelographers (grapevine identifiers) think that along with Argentina’s Criolla Grande grape, and California’s Mission grape, País is descended from the Spanish ‘common black grape’ brought to Mexico by Hernán Cortés, the famous Spanish conquistador, in 1520. This grape was then probably grown by Spanish Jesuit missionaries and became diversified throughout the Americas.

País grapes have a long and fruitful history – they’re in fact the oldest variety grown in Chile! Our País vines are over a century old, which is a real marker of the rigour of this variety. País was the most widely planted grape in Chile until the turn of the 21st Century, when it was overtaken by French varieties Cabernet Sauvignon, Merlot and Carmenère. It was forgotten for decades, considered a minor grape only suitable for bulk wines, but today, a small group of winemakers are engaging with País to produce fascinating and enchanting wines. The grape is again becoming more valued by winemakers and growers, enjoyed for its abundant berry aromatics and its tendency to bring an exciting zingy quality to its wine. 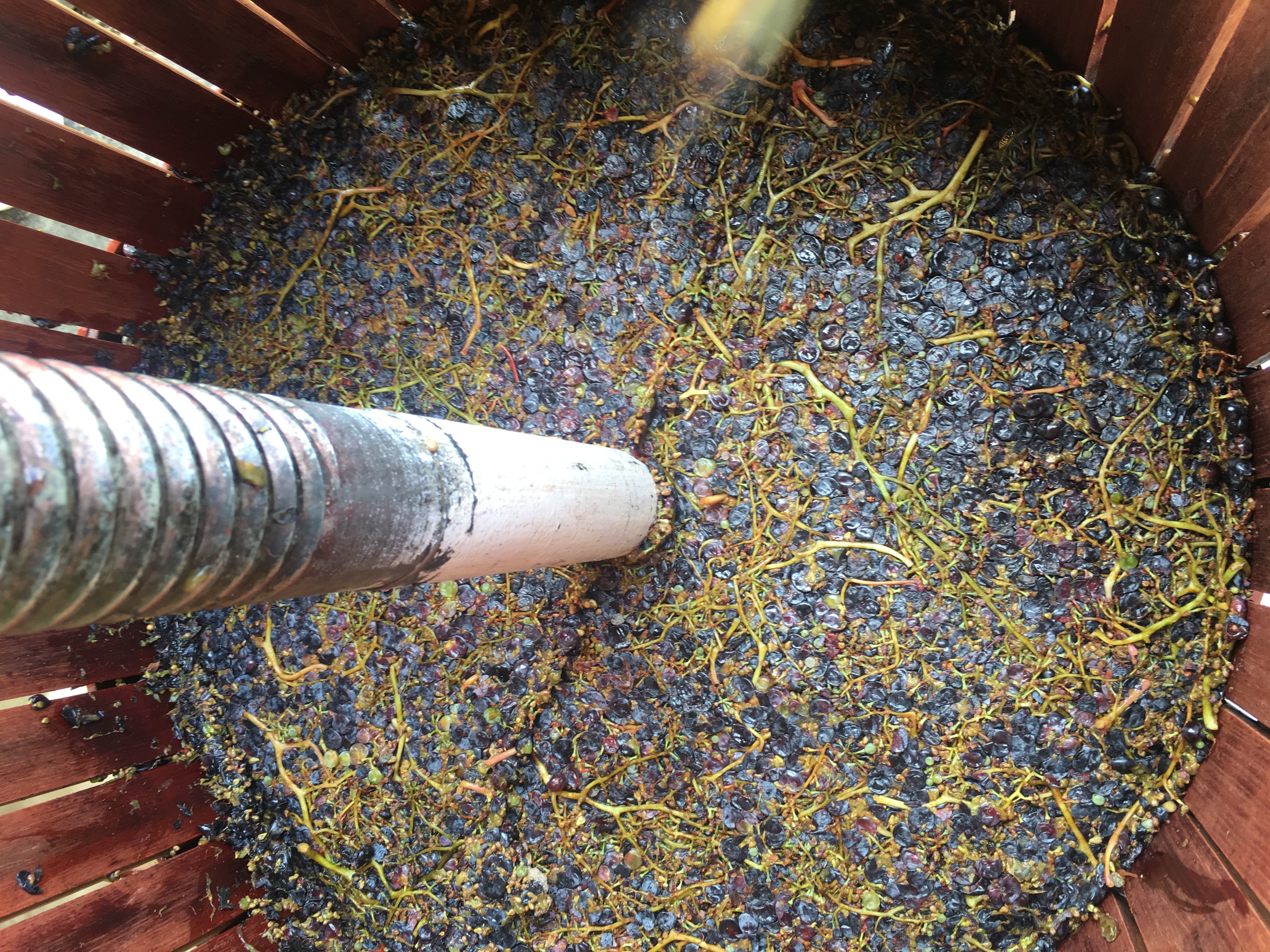 The País grape has distinctively thin skin, and has been likened by some sommeliers to the French ‘Beaujolais’; perfect for making light, easy-drinking reds. It is naturally vigorous, and can produce high yields without irrigation. Our vines are a real testament to this resilience – 90% bounced back from the devastating fire in 2017, and this year we’ve picked a great harvest! 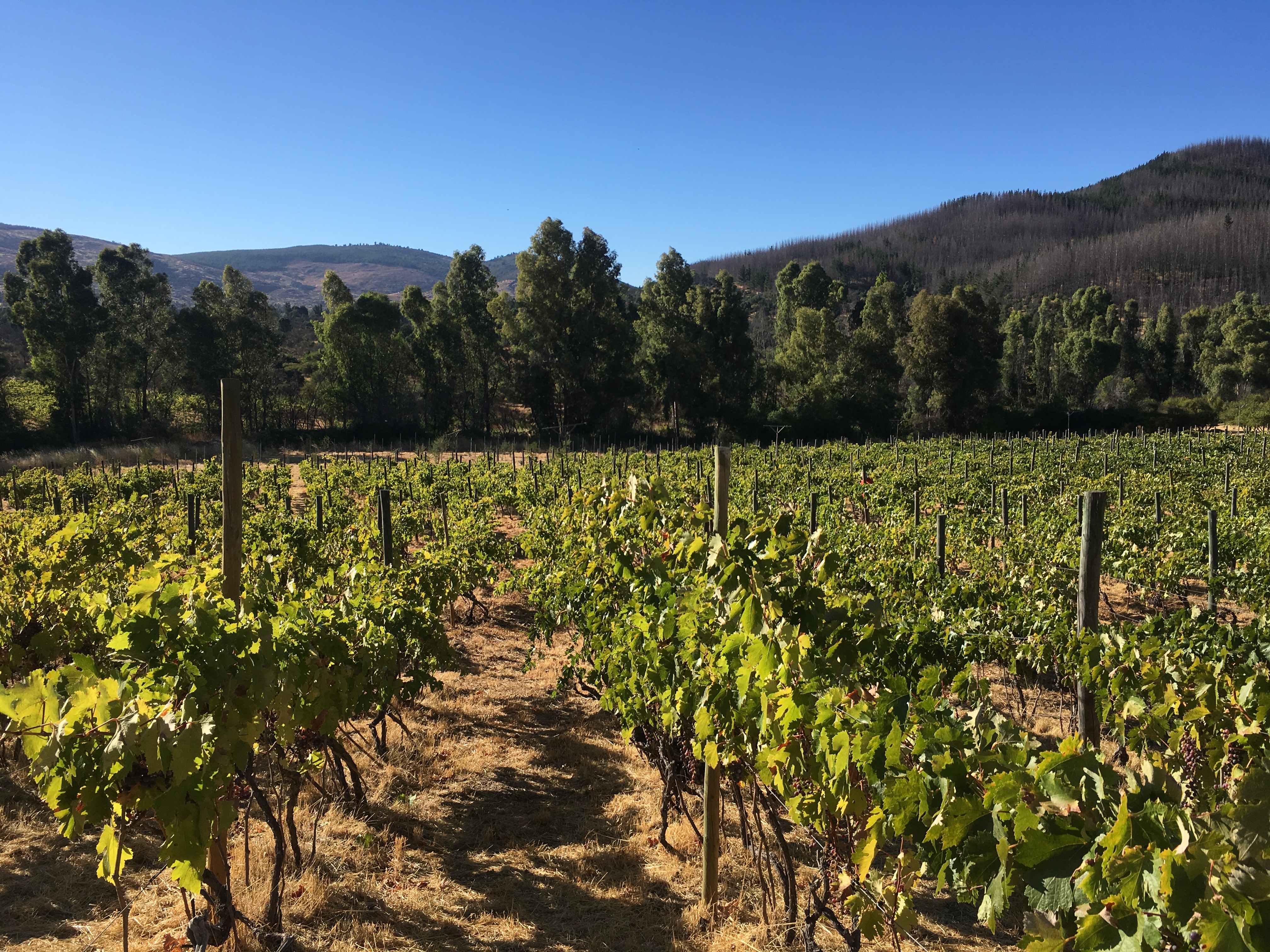 Our ‘Tinte’ wines made from our very own País vineyards are a result of low intervention farming. They are dry farmed (only ever receive rain water) and never sprayed. We use a creative winemaking approach by taking the traditional País grape and doing a direct press in a basket press – so instead of the typical dark red wine you’d expect from a País grape you get a pinky orange colour, because the red skins are not re-added into the juice after the pressing. The beautiful juice from the press goes into barrels for an 18 month fermentation. The natural yeasts from the skins of the grape enable the fermentation process – we don’t add in any yeasts or sulphites to influence the fermentation. We also make Agraz from the sour green grapes we collect as we thin out the vines in the late Spring. Thinning out the vines allows the grapes left on the vine to ripen in the sun. The sour green grapes get pressed in the basket press and bottled – Agraz is perfect as an acidifier to replace lemon juice or vinegar in a dressing or sauce!

What is natural wine?