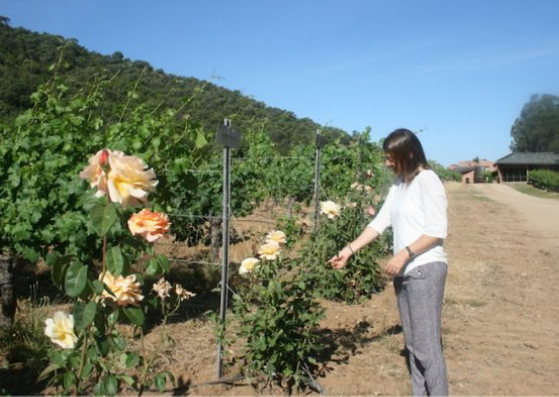 Just over 20 years ago Daniella Gillmore started out on a long journey, to create a family boutique winery with fruitful vineyards in the Loncomilla Valley, Maule. A place where people can come, discover their wines, and learn about the heritage and history of the valley. Where drinking wine is about nurturing the soul and connecting to the land and its people. 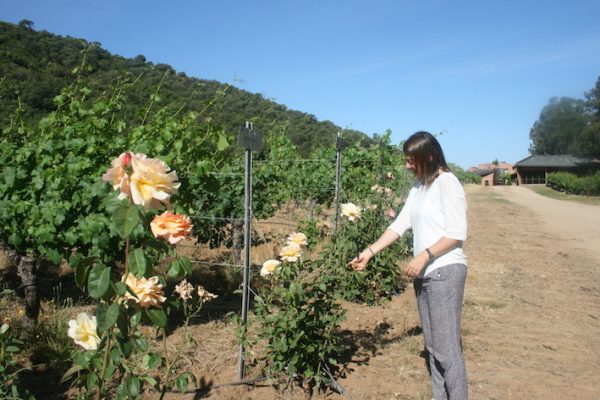 The first 10 years were spent caring for the vines and their granite soils, building beautiful accommodation and a dining room for guests to soak up the local flavours and have somewhere to stay. They cultivated 20 acres of vineyards, all dry farmed – just the rainwater giving the grapes their flavour. This region is perfect for vines to flourish with almost no intervention, the low-yielding vines are over 80 years old so bring out the distinct soulful flavours of the land.

The next 10 years were about perfecting their wines and to understand what they want to show the world about the Maule…Daniella is married to winemaker Andres Sanchez, so once she perfects the grapes in the vineyard he ensures the wines have the character and soul of the region. In their words this is ‘handcrafted work on a human scale’. 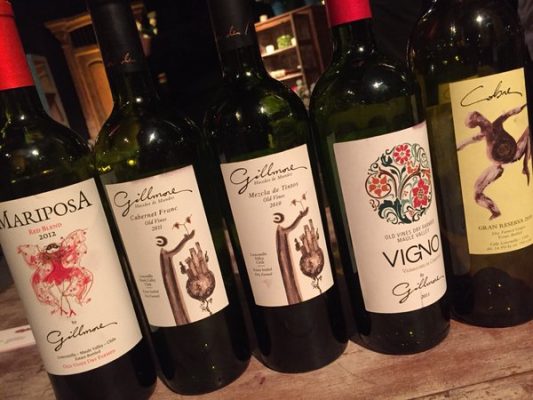 All was going well with their Cabernet Franc winning multiple awards and all their other wines rated very highly by critics around the world…however on 27th Feb 2010 03.34 AM the earth started shaking violently… It was the 5th largest earthquake ever recorded at 8.8 on the richter scale with the epicentre just 80km away from their farm. Thankfully everyone on the farm was ok but the wine cellar and many of the buildings were devastated. This was a real blow to a small family farm like the Gillmore’s, they had to rebuild a lot of what they had created just 10 years earlier and a lot of the wine was lost.

Daniella and Andres were not defeated, they love their family farm, the opportunity to make wines with soul and to share the wonderful quality of life the Maule Region offers. Their wines continue to win many more awards, they have their own beer called Kuhla beer, sold internationally and their wine is accessible globally through Naked Wines and other distribution channels. Daniella says the next 10 year is about sharing their joy of life with more people around the globe, so they invite you to come visit and experience this special place on earth, or you can buy a bottle to taste the soul. You can find out more about Gillmore winery here. 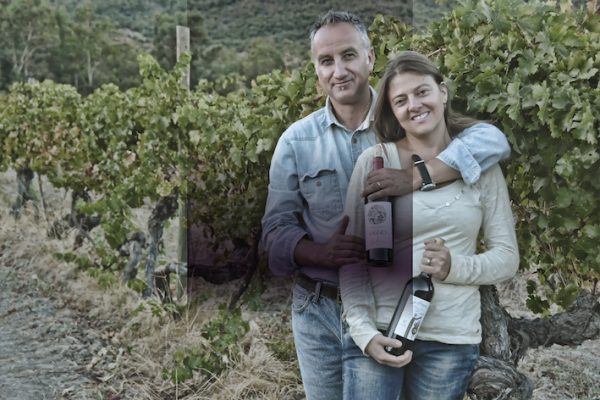 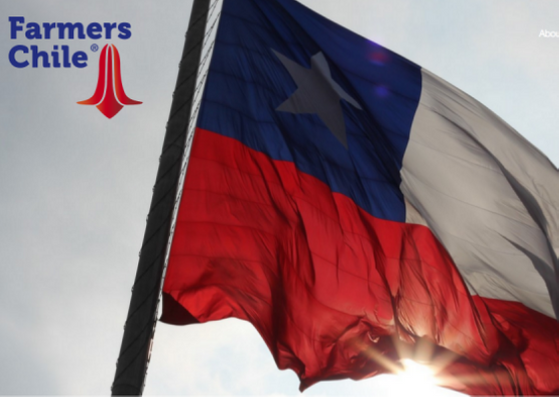 Our neighbour Ander has worked closely with his uncle to start importing Chilean Truffle mushrooms into North America. In fact his company Farmers Chile are the first people to ever import Chilean Truffles – an exciting new opportunity for Chile .

Watch this video to find out more:

You can also read more about Ander’s blueberry exports here. 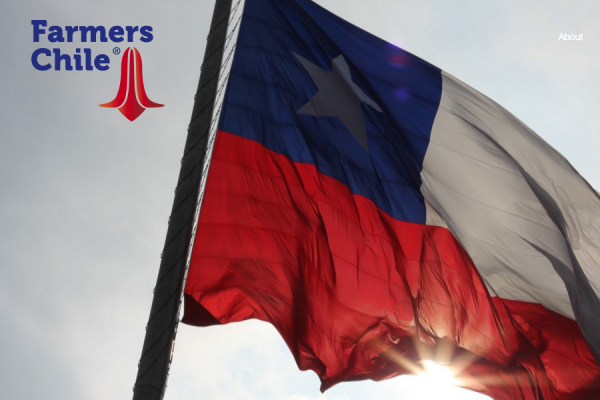 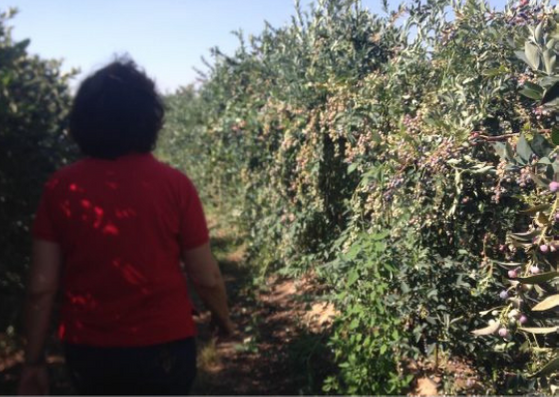 Farmer’s Friend is an export company that champions the farmer, started by our neighbours Ander and his mom Helena. They recognise that the farmer should be respected and paid a fair price – they are farmers themselves after all. Farmer’s Friend is there to be in service to the farmers, so that at the end of every season everyone wins. It makes so much sense, a grower can’t just make enough money to get by…in a season they need to make enough money for a good living but also enough for them to reinvest in their farm for the year ahead, otherwise they won’t be able to survive in the long run. 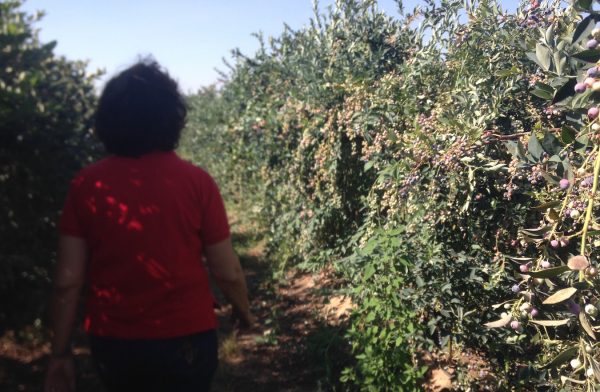 Helena has been working hard for years to get her small blueberry farm off the ground. They have planted multiple different varieties, early ripening, late ripening they nurtured their soils and they started to produce enough blueberries to export to the U.S. As more and more blueberry bushes matured and flourished, they had more blueberries to export, but they were never making any more profit. That didn’t add up – all their hard work to create the perfect environment for lots of blueberries and there was hardly enough to pay themselves, never mind money to re-invest in the farm.

So Helena and her son Ander went to the packing house and asked if they knew where the money was disappearing to. After some investigation it became clear that the exporting agent was adding in lots of hidden costs, taking all the extra profits for themselves. Packaging that was double the size, was double the price for the farmer, yet it actually cost the export company marginally more than the smaller packaging to provide – they were ripping Helena off. Ander couldn’t find better options out there so he decided to setup his own export company in conjunction with his mom – and so Farmer’s Friend was born.

One of their first few customers, Eduardo is a perfect example of why Farmer’s Friend is such an important contribution to the farming community here. Eduardo produced 100 tonnes of fruit in a season and gave it to the export company A.F., to pack, sell and export it. A.F. made plenty of profit from that, but somehow he ended up owing them money at the end of that season. It just didn’t make sense, how could he have given them 100 tonnes of blueberries and ended up having to pay them money, no profit at all, just negative numbers. This was devastating, he thought he was going to have to sell his farm just to pay off the money.

Luckily he was local to Ander and heard about Farmer’s Friend, they helped Eduardo get the loan he needed confident they could help his farm recover. After 2 seasons with Farmer’s Friend Eduardo is now free and clear, he paid A.F. what they needed, he didn’t have to sell his farm and now he earns a good living with a bit extra, so he can continue to invest in his farm to ensure it prospers for many years to come.

Farmer’s Friend now work with 25 smaller-scale blueberry farms in the region and provide support to all their growers 12 months a year…such a simple recipe – respect each other and everyone prospers. This year they will be exporting 1200-1400 tonnes of blueberries and have started to look into exporting other farm produce as well. Find out more here.