It’s El Niño year and so weather has been quite unusual. All the flowers and fruits are about two weeks later so the grapes really didn’t have much juice in them until end of January. El Nino antics also meant that we only had half as many grapes as last year – there was a late frost in October just after the vines flowered and many of the potential fruits were killed.

It took all of us one morning to thin all the low-lying and ‘extra’ grapes whilst they were still very green. Of course we don’t just leave the grapes, we use the green grapes for our Agraz. It took us 2 long days in total to get all the agraz made form this point…the process goes like this:

grapes to the bodega 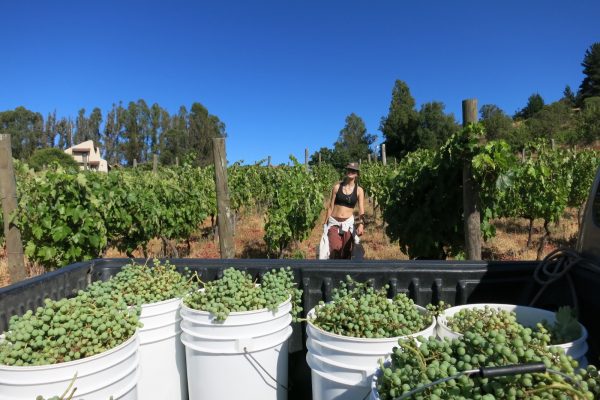 buckets into the crusher and then the basket press…once it’s full we start pressing…. 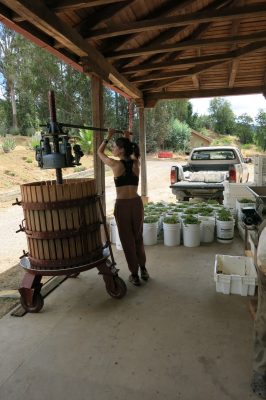 we had enough grapes to press 3 times, so in between we clean the press… 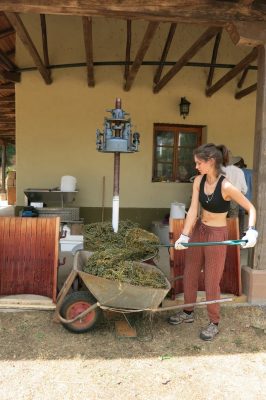 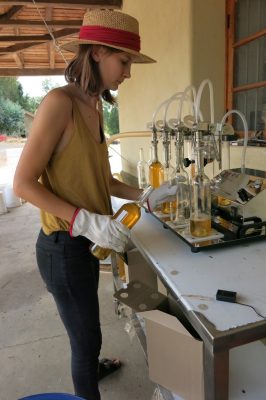 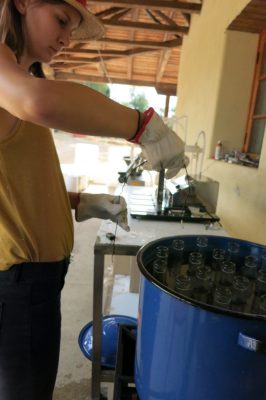 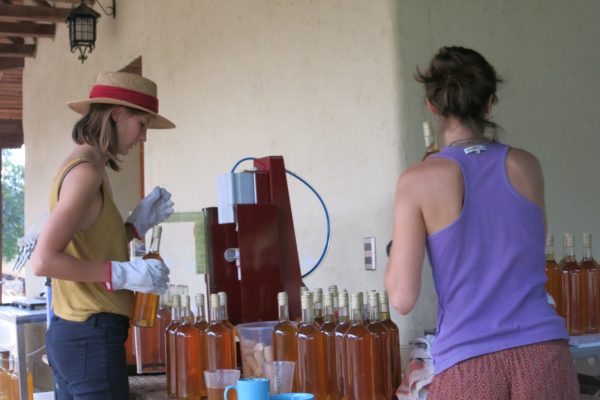 cleaned and then labelled and dated 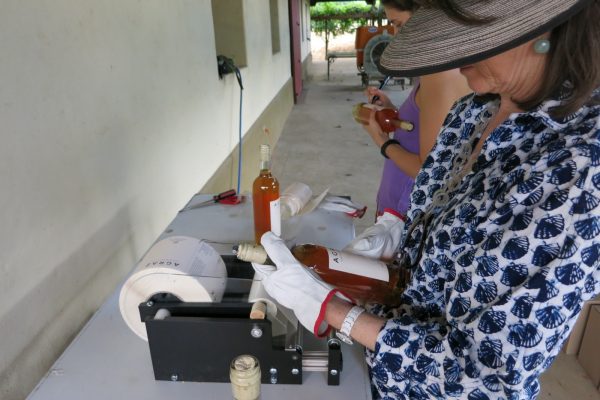 and then boxed – definitely the worst job because of that troublesome tape! 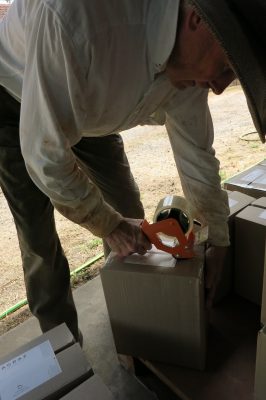 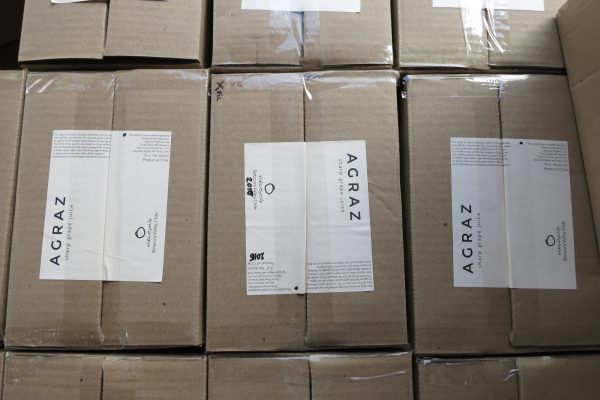 finally the cleaning of all the equipment begins… 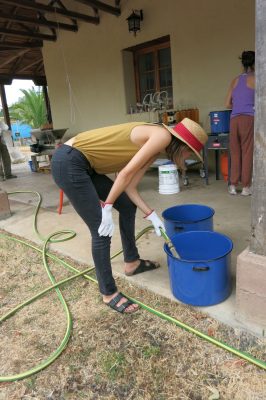 learning from our weeds